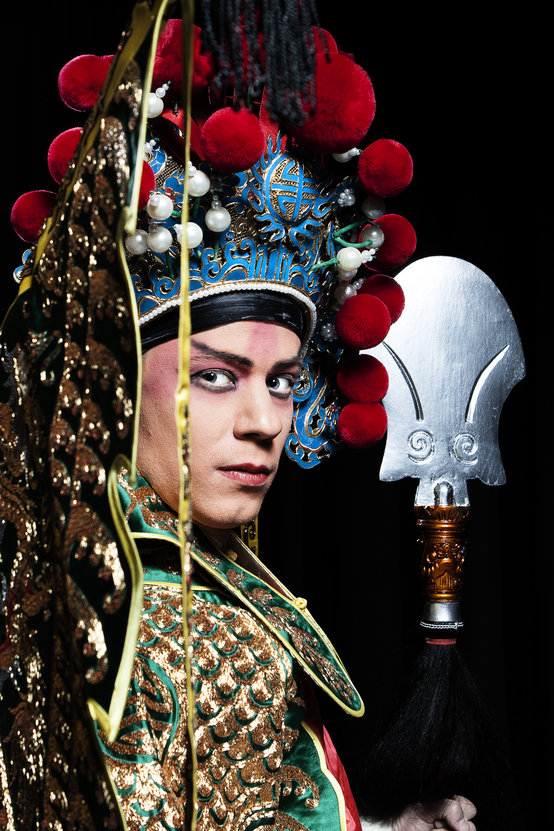 The festival gala evenings consist of three performances, includins scenes from the most successful works of Wusheng Company, and a solo act by one of the most well-respected Beijing opera actors of China. The performances are accompanied by musicians from the National Academy of Chinese Theatre Arts in Beijing.

Language: Finnish, with the exception of Lü Suosen’s solo (Chinese).

Acrobatic fight scenes, highly stylised acting, stunning face painting and dramatic costumes – all the quintessential features of genuine Beijing Opera are there. A 45 minute excerpt from the play The Last Warrior, premiered at Helsinki Festival in 2015, is performed.

MUSASHI – THE WAY OF THE SWORD

Samurai aesthetics, Beijing opera and heavy metal music meet in an intensively beautiful play about the determined acceptance of death. Performed for full houses in 2016 at Theatre WHS Union, a short excerpt of Musashi – The Way of the Sword is seen at the gala.

An impressive solo act by Lű Suosen, one of the most well-respected Beijing opera actors in China.