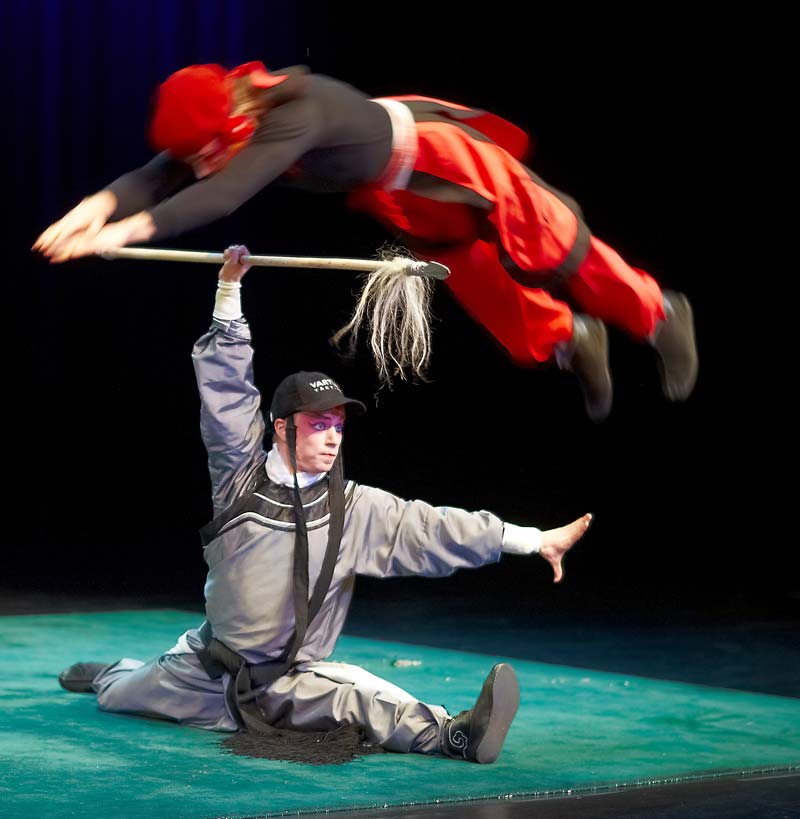 The Guard – an everyday hero

The country’s mail delivery system is in danger!

The Guard – an everyday hero is an eventful and comical story about a Finnish guard’s night shift at the Postal Centre, which proves to be more challenging than normal. The guard is faced with a group of bitter officers, whose goal is to put a stop to mail delivery in the whole country. The guard, however, is not a normal guard, and the night turns into a marathon of epic combat and funny blunders. Dubbed as the very first Finnish Beijing opera, this performance looks up to 80’s actions films while skillfully utilizing elements from the traditional Beijing opera.

Premiered first in 2013 Guard – an everyday hero had its premiere rerun in 2017 at Alexander Theatre, Helsinki, as a renewed version with a new cast.